During the last week I went on a solo adventure. I cycled the entire length of the country. Now, before those of you living in places like Australia or the USA get really excited, I need to point out that the country I am talking about is Wales.  But hey, that’s an adventure for me. If you don’t know Wales, it is hilly. From top to bottom, all 250 miles or so of it, are either going up or going down, though I am certain there are many more ups than downs!

It was a superb trip, spread over four and a half days, in glorious sunshine, through some of the UK’s most beautiful countryside.  I had no big plan other than to enjoy the journey and prove to myself that I could rise to the challenge.  As I came toward the end of the road, I began to ask myself what, if anything, I had learned along the way. I cannot report any spiritual awakening, or major personal transformations, I’m afraid, but I thought I would  share with you a few of the musings of my journey. 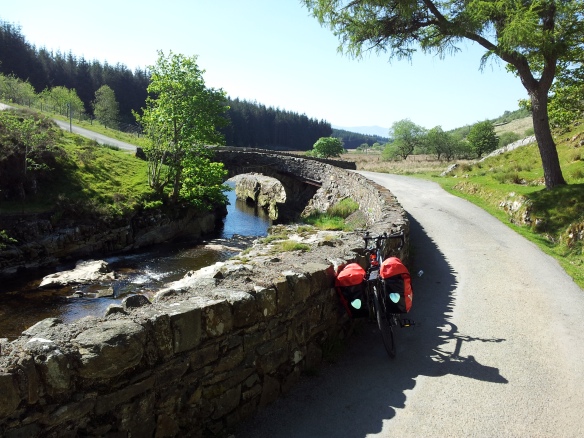 1. Take Frequent Breaks.  There were many points where I was sure I could not go on.  I was exhausted. The hill was too steep. It was too hot.  No matter how spent I felt, I was amazed how even a 5 min break, with a bit of refreshment and a stretch, was enough to allow me to carry on. It worked, over and over again.  I do have a tendency to work on tasks until they’re completed, often ‘forgetting’ to take breaks. I know now how much more re-focused and re-energised you can be with frequent breaks.

2. Have small, regular goals.  The ‘Big Vision’ – the feeling of completing the journey – is great.  It sets the direction, it inspires you to take on the challenge in the first place, and it helps occasionally to play the picture over in your mind of what finishing will be like (especially when the going gets tough).  But, what got me through was having small targets – the next hill, what’s round the next corner, what’s the next village. This short-term chunking allowed me to focus only on the immediate stage, and not be overwhelmed by the scale of the entire challenge.

3. Rhythm is all important.  This lesson only really came to me later on the journey.  It’s difficult to explain how it happened, as it was something that ‘came to me’ without consciously seeking it. But, it was quite clear that the effort required was much easier once I hit upon a steady, relaxed rhythm.  Fighting against the rhythm is tiring and, on steep hills, I found I ground to a halt the more effort I put in. Relaxing and pumping out a slower, but even, tempo allowed me to go on much longer, and I even began to enjoy hills!

There’s never been a better time to take stock of where you are, and where you going, than NOW!  Where are you headed and what motivates and inspires you? Stretch your muscles and spread your wings.   Don’t put things off for another year. Act now and treat yourself to some life-changing coaching.   Take stock, plan, and get ready to put things into top gear right now. Find your Vital Edge, reignite your business, your career and maybe even your life? A SPECIAL INTRODUCTORY OFFER applies to all responses received between NOW and 31 January 2020.

All enquiries and initial sessions are FREE.