I recently had a conversation with a senior manager in a large global organisation about how he was applying performance management in his area.  What he told me surprised me.  He had a few people in his teams that were clearly not performing as well as they could.  Their contributions, when set against people doing similar jobs in other parts of the business, were lower, and they showed no desire to grow and develop beyond their area of specialism. But the manager appreciated their efforts, saw them as ‘steady-eddies’ and knew they would never be star performers.  They were valuable to him, because they had skills he would find hard to replace, even though he knew demand for those skills were in rapid decline. He saw no point in ‘upsetting the apple cart’, as he put it, as everything was running quite smoothly.  His customer was happy, his team was happy, and he was happy. So, why cause problems? 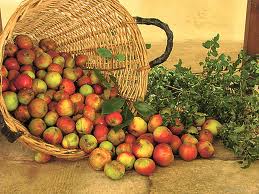 I asked him how he wanted to be viewed by his team as a leader, when they looked back on their careers.

At first he thought that they would see him as a ‘friendly manager’, someone they could ‘trust’, who ‘looked after them’, and to some extent ‘protected them’ from all of the ‘latest fads’ and ‘initiatives’ that were doing the rounds in the business.  Those ‘fads and initiatives’ that he was referring to are about preparing people for what are major global changes within the industry, that are demanding different skills and ways of working.  People are being encouraged to take responsibility for their own careers, to uplift their skills, and develop new ways of thinking to better prepare themselves for the disruption and challenges that are rapidly emerging.

I suggested that it was possible they would look upon him as a useful buffer and protector from ‘disruptive change’ in the short term (or for as long as their area remains viable), but that in the longer term they are likely to look back and question why others had ‘stolen a march’ on them. 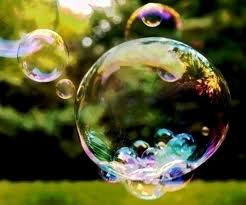 This was clearly not how he wanted to be remembered as a leader, and he acknowledged that his intentions, while dressed up to look benevolent, were in fact mostly ‘self-serving’.  He had convinced himself that he was helping his people, that he was keeping life simpler for them, and that they would be grateful to him for it.  Within the bubble of his project world, everything was working just fine.  He had failed to look at the bigger picture, the external influences, and the global changes that would await him and his people sooner rather than later.

The role of leaders is not about being friendly and protective.  Effective leaders disturb, challenge and stretch people.  They help people to understand the big picture, prepare and adapt to take advantage of the future opportunities that will face them.

If you would like to discuss how you can become a more effective and courageous leader, a leader who is able to inspire, influence and gain internal commitment, please do get in touch by submitting your details through the Contact Us page. I will be only too glad to talk with you.

12 thoughts on “Are you prepared to upset the Apple Cart?”