I was prompted to write this post after reading Daniel Markovitz’s recent article in HBR in which he makes a really good case for challenging the value of Stretch Goals.  To summarize he makes 3 key statements: 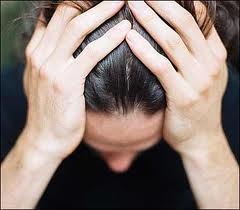 The way in which goals, targets and objectives are applied in many of our companies and organisations is now open to question and review. The principles and methods by which they are applied has changed little from the industrial days of their birth.

Within a factory-based model of production, when tasks were well-defined and output easily measured, targets, and especially stretch targets, were useful ways to drive up productivity.  After all, if you wanted to increase widget production by 10%, you worked  people harder, increased the speed of the conveyor, offered bonus targets (or overtime payment), and measured the success of your intervention immediately and directly.

However, most problems and challenges we face today are not of this order. Companies, organisations and governments are looking for creative, innovative solutions to intangible and intellectual problems. We don’t even know the right question in many cases yet, let alone reward people for achieving stretch goals that produce answers that may not even be correct or appropriate. Despite this, we appear reluctant to break away from the traditional factory model of reward and motivation.

The evidence, however, is clear.  Stretch goals and offering people bigger rewards to solve intellectual problems actually has the effect of lowering performance. It is in fact a disincentive.  They work in the case of clear, well-defined and narrowly focused tasks, but with complex, intellectual problems they actually dull thinking and cause people to have too narrow a focus.

This is addressed excellently by Dan Pink in a TED talk on “the surprising science of motivation”. If you haven’t watched this, I thoroughly recommend it to you.

The entire concept is flawed.  The incentives system is allegedly “designed to sharpen thinking and accelerate creativity, and it does just the opposite. It dulls thinking and blocks creativity.” (Dan Pink)

But, let’s be clear. I am not saying that having aspirational and stretching goals or targets is a bad thing. Of course not.  Shooting for the stars and seeking to stretch beyond “normal limits” is what fuels human discovery and advancement.

What is flawed is attempting to generate discoveries and breakthroughs to complex intellectual problems by using a reward and incentives system based on a ‘production line’ mind-set.

It is time for our business leaders to take the courageous step of turning the traditional performance and reward model on its head, by recognising that setting people stretch goals is not the way to generate the major breakthroughs their companies need.  The science is clear. It is time for our leaders to stop ignoring the evidence. Our collective brain-power and ingenuity needs to be unleashed and not suppressed by out-dated thinking.