We become what we focus on.  The surest way to create a habit (for good or for bad) is to focus relentlessly on repeating the same patterns of behaviour and thinking.  And that’s what worries me.  Our companies and organisations have been ploughing pretty much the same furrow for a long time now.

The malaise that has hung over the economy for several years has created a series of habits within our executive population that has seen them become ‘expert’ in running affairs in a very particular way.  Yes, houses needed to be put in order, cost reductions (probably overdue in some areas) were necessary, educating the entire workforce in seeking efficiencies was sensible, and asking tough questions about what was core business for the future, have all been necessary and useful exercises. 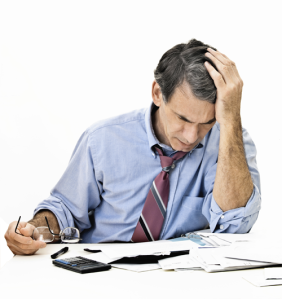 So, what’s my concern?  Well, let’s imagine fictitious Company A.  Here, people have stayed in this mindset for too long, to the exclusion of other ways of thinking, a habit has been formed, which has become harder and harder to break. The senior executives and middle managers have become obsessed by cost reduction spreadsheet reviews, incidental expenditure policy changes, efficiency targets that become embroiled in inter-department disputes about double-counting savings, and the policing of travel bans. Accompanying this ‘inward-looking’ focus they have been swamped by demands for more and more metrics, reports and updates to satisfy themselves, and every layer of management, that things are on track, and people are doing what is expected of them. Of course, this has generated an atmosphere which is lacking in trust, resulting in duplicated reporting, with departments wanting to make sure that their own house is in order before sharing numbers to the wider organisation where they may be exposed.

I make no apology, for painting such a depressing picture of what I suggest is the reality of  day to day life in companies, and government departments, up and down countries, in various parts of the world at this time. This all amounts to ‘Managing for Survival’, when what is called for is a mindset of ‘Leading to Grow’.

You may even recognise some of this in your own company or in your own behaviour?  It’s my guess that many executives and middle managers have lost focus and believe that how they are operating is ‘how things are meant to be’. It has taken everyone down in to the engine-room of the ship, leaving no-one on deck or on the bridge, looking out for new land, or blue skies. It has become a ‘habitual’ way of working. The good news is, it is not too late. Habits can be changed. 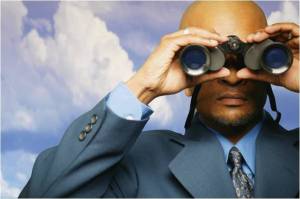 Now let’s imagine Company B.  Of course, they have been doing the good housekeeping that was required. They too needed to get costs under control, they had to lay people off and refocus people onto the reality of the stormy waters they were about to face. But, beyond that they have been preparing and adapting for the future. They have focused their attention on different things.  People, at all levels, have been engaged in conversations about how they will emerge from the current climate stronger, and ready to exploit the opportunities that will emerge. The following list represents Company B’s key areas of focus (described more fully by Richard Fox of the The Learning Corporation.)

Which Company is more likely to succeed?

Where would you rather be working right now?

The most successful businesses in the next few years will be those that have been preparing to emerge from the global economic recession stronger and better adapted than before. They won’t have been dragged down into the dangerous ‘internal’ spiral described above, but will have been assessing how the economic, social and political landscapes are changing, recognising that things will not return to ‘business as usual’.

The recession has driven a culture change across our organisations to one based on survival.  This is not the mindset that will get things back to growth. Stay here too long and it becomes a habit. Worse, you lose perspective, and start believing that this is how running business is meant to be. It encourages people to worry only about the numbers, at the expense of the vision.

Leaders are required to emerge, at all levels, and talk a new language.

If you want to maximise your effectiveness as a leader or develop the leadership skills of your people, then please do get in touch. Simply send your details through the Contact Us page. I will be delighted to discuss further with you how we can work together.

6 thoughts on “When will we stop just surviving?”