I have recently returned from visiting two European countries in quick succession. The first, Scotland, is in the far North West of Europe, and has much in common with Norway and Iceland, while the other, Albania, is in the South East of the continent, and has more in common with Greece and Serbia. Two countries in stark contrast to one another in so many ways, but also with many intriguing parallels. Both are proud countries with long and rich histories, of similar relative size and population, both with rich energy reserves not yet fully explored and exploited, and both at a cross-roads in their respective journeys. The contrasts, on the other hand, are stark. 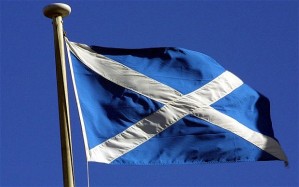 Albania is a country which has remained fiercely independent through turbulent times. When former Yugoslavia tried to annex the country, it formed alliances first with Russia and later with China, but gave up on both of these super-powers to create an isolationist state. Scotland on the other hand gave up its independence in the early 1700s, joining a Union with England, Wales & Northern Ireland to form today’s United Kingdom.

Albania is currently seeking to come in from the cold with a long term plan to join the EU. It has a long way to go to satisfy the many conditions required, even to become a ‘candidate state’. There are massive improvements required on the economy, human rights, open & transparent democratic elections, infrastructure, and more.  Scotland, meanwhile, has a proud and reputable tradition in its standards of education and democracy, as well as in its finance and legal systems. It is currently engaged in a national and UK-wide debate on whether its future is best served as an independent state once again, or to continue as part of a union within the United Kingdom.

What particularly fascinates me about these countries, and the significance of their respective moments in history, is how their Leadership will choose to navigate the challenges that will be thrown at them, and how they will communicate the key messages that they believe will bring people with them. 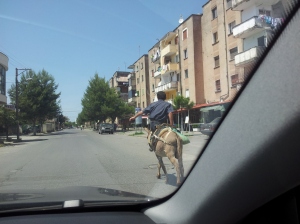 Albania, since being free of the stranglehold of communism and isolationism, has rapidly become a country of massive contrasts and disparity. Top of the range German and Japanese cars share the (under-developed) roads with donkeys and hand-pulled carts. The gap between rich and poor is enormous and appears to be widening. The ‘ruling class’ is accused of corruption, and that includes the current Leader, Sali Berisha. Trust in leadership is in short supply and yet the people remain optimistic, perhaps still buoyed by the recency of their freedom from the oppressive chains of communism that led to their world isolation. The challenge for the leadership in Albania will be to harness and nurture that optimism, and not exploit it, and to work relentlessly to gain trust and credibility. 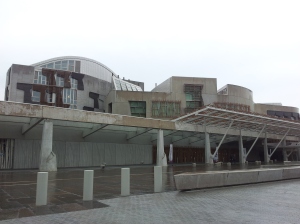 Scotland is very different, and its Leadership faces a different type of battle. Scotland has been part of a union for over 300 years. The Scots people have a reputation for being cautious, pragmatic and, some say, dour. Scots do not heap praise on its famous and successful sons and daughters. They like to keep people in their place and ensure they do not get ideas above their station. This is a national characteristic. Alex Salmond, the current leader in the Scottish Parliament, who is keen to persuade the nation of the benefits independence will bring, will need to find ways to energise and mobilise the people, and overcome the culturally entrenched tendency to accept the status quo After all, it’s easier to stay where one is; our brains are wired to resist change. No matter how unsatisfied we may be (short of a life-threatening situation), our brains will do their best to convince us that what got us here is working, so “why change anything”?

What Scotland does have in its favour is its history of egalitarianism. It is a country with a heritage of social justice and fairness, and is coming from a better starting point in terms of the gap between the richest and poorest being relatively narrow, when compared with Albania.

So, why do I stress this particular point? Well, Richard Wilkinson (author of The Spirit Level) demonstrates, very powerfully, the significant connection between the economic gap within society, and the general well-being experienced within that society.


This relationship holds true whether you measure life expectancy, prison population, rates of mental illness, homicides, trust, obesity and many other indicators of societal well-being. Greater social dysfunction results within those countries where the gap between the poorest and richest is greatest. For example, the USA and UK, two of the countries with the largest economic disparity in their societies, score lowest in almost all measures of well-being. Countries like Sweden, Japan and Denmark, on the other hand, which have markedly narrower gaps between the richest and poorest in their society, perform much better on almost all measures of social well-being.

Sali Berisha and his colleagues look to have a huge job ahead to ensure the gap does not widen further within Albania, and introduce policies that will start to narrow that gap, otherwise they risk the erosion of the new found optimism of their people, and a potential break down in the cohesion within the country.

Alex Salmond may consider that the thesis put forward by Wilkinson offers an opportunity to raise the optimism of the Scottish people. Scotland is not one of the richest countries in Europe, and it does have areas of serious poverty, but the gap between the richest and poorest in its society is eminently addressable. Scotland may reasonably claim that its traditional egalitarianism, married to modern European democracy, along the lines of countries such as Denmark, Norway and Sweden, will create a high level of social well-being for the citizens of a future Scotland. 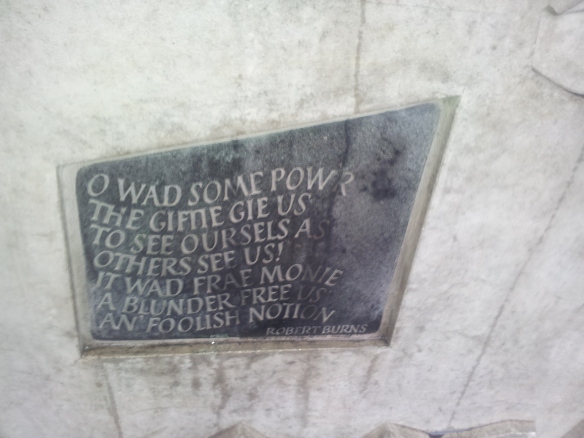 At this hugely significant point in both of these countries histories, it is paramount that the leaders create and communicate a compelling vision of a future that will excite and mobilise people to the extent that they will no longer be prepared to accept anything less. It needs to convey an image of a future that is sufficiently powerful to overcome resistance to change, and have a sense of being within touch to ensure that it feels like a reality waiting to happen.

Failure to do so in Albania may lead to serious social breakdown, and possibly to escalating tension with neighbouring states. But, either way it is clear there will be further radical change in Albania. The people are ready for it.

In the case of Scotland, the consequences of failing to make the case for change will result in people choosing the safest route of ‘no change’. After all, it is not just the opponents of independence that are resisting this change. The brains of each and every citizen will aim to convince themselves that there is no need to do things differently.

I look forward to observing the leadership approach that emerges in each country and to witnessing the next chapters of their history books being written.